Renowned as one of the most consistent top-level performers of his generation, Mike Tindall rose through the rugby ranks to become one of the most successful England players of modern times. Also, a noted racehorse owner, he now brings his sizeable sporting knowledge to the table in The Green Room.

Tindall’s career began in 1997, when he joined Bath at the age of 18 - quickly establishing himself as a first-team regular at outside centre. In 2000, he earned his first national team call up, making a winning debut against Ireland at Twickenham Stadium. He went on to cement his place in the England team playing alongside fellow centre Will Greenwood, with the two of them forming a formidable duo.

That midfield partnership proved key for England during the historic 2003 Rugby World Cup triumph, where Mike featured in all but one match. It was during the Rugby World Cup (on the evening of the final in Sydney), that Tindall met his future bride Zara Phillips - the Queen’s granddaughter and a World champion in her own right in Equestrian.

Passionate about horses himself, Tindall soon bought his own steeplechaser at a charity auction event. It proved to be a sound investment, as Mike and Zara’s Midas touch saw the horse, Monbeg Dude, romp to success in the Welsh Grand National and then finish third in the Grand National.

Back on the rugby pitch, a move to Gloucester in 2005 for the man affectionately nicknamed “the fridge” brought new accolades -  as Mike made over 200 appearances for the club and inspired the side to outstanding success.

It was these epic achievements for club and country, along with his overall contribution to his sport, that saw Mike awarded the MBE in 2007. 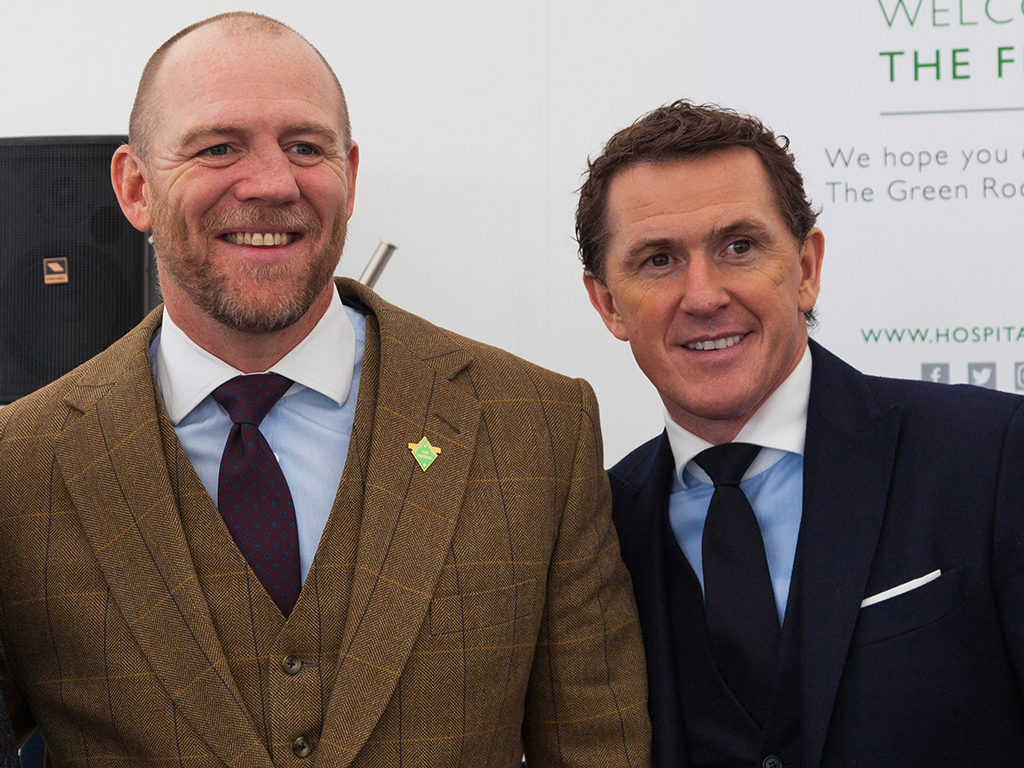 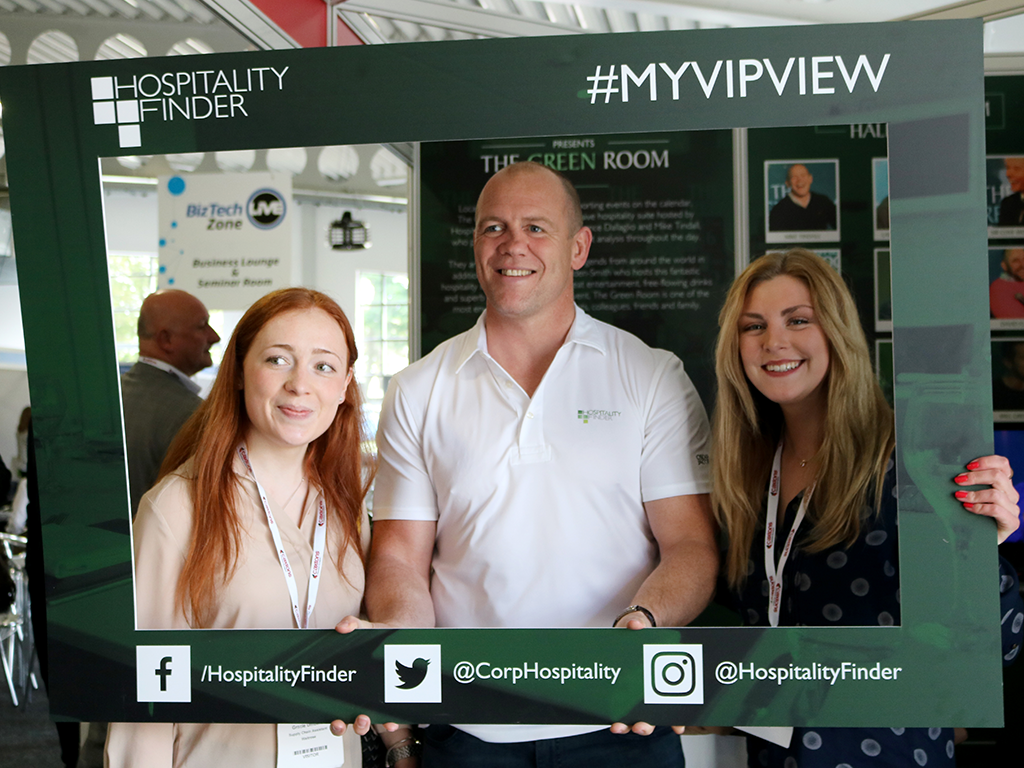 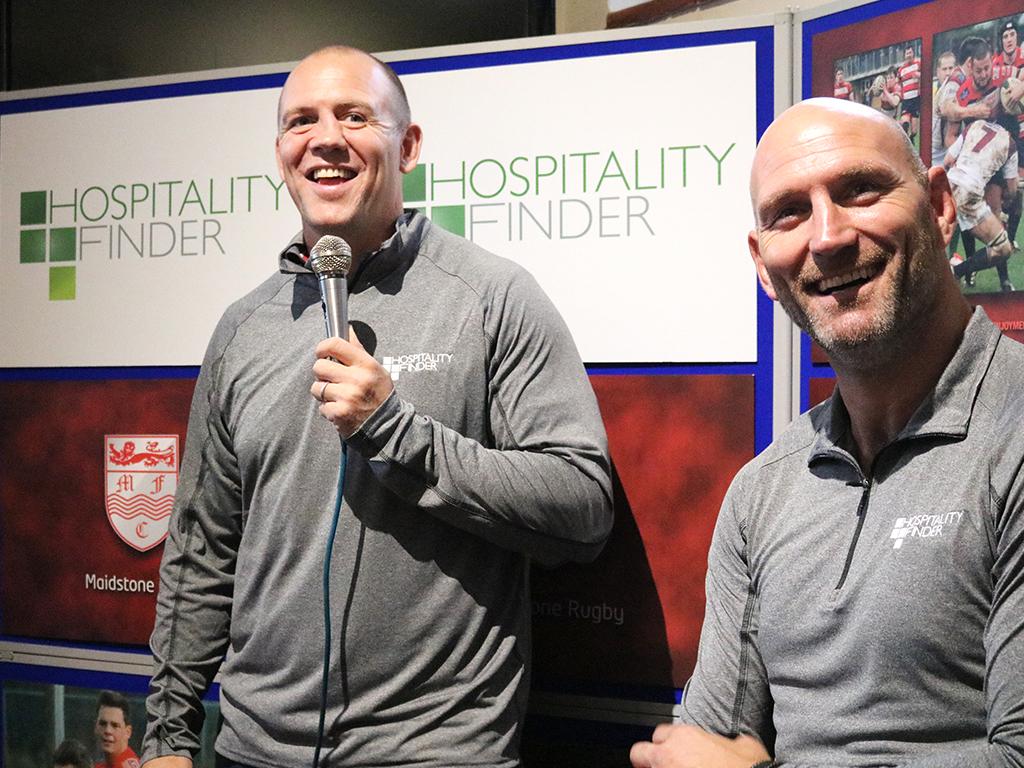 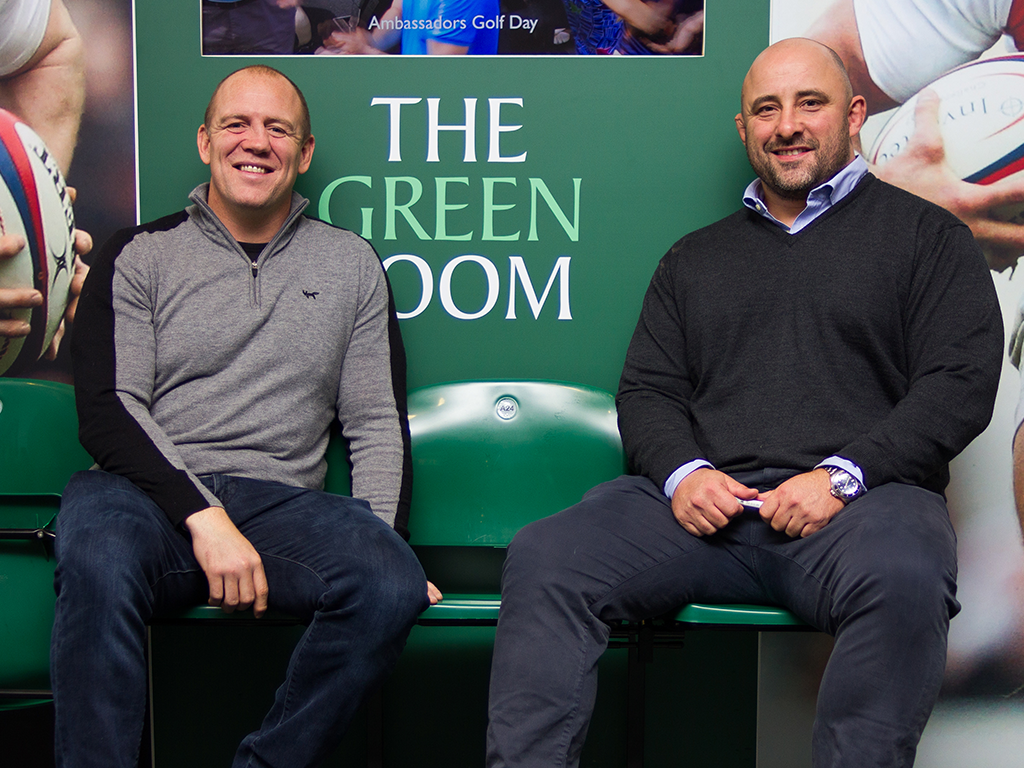 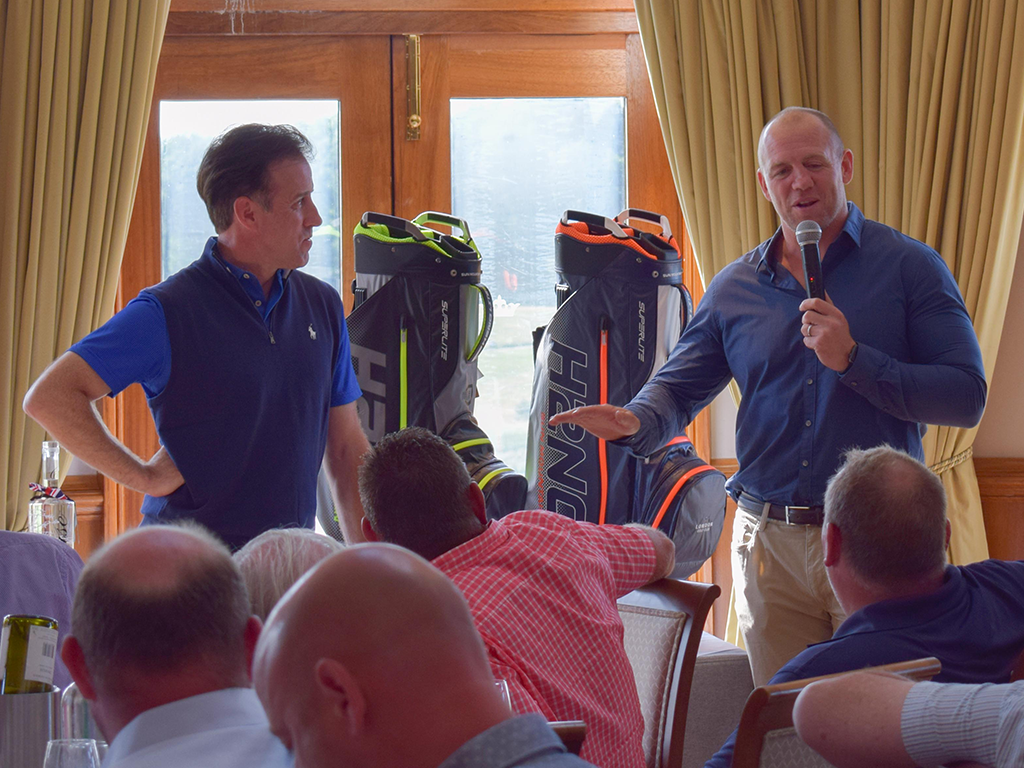 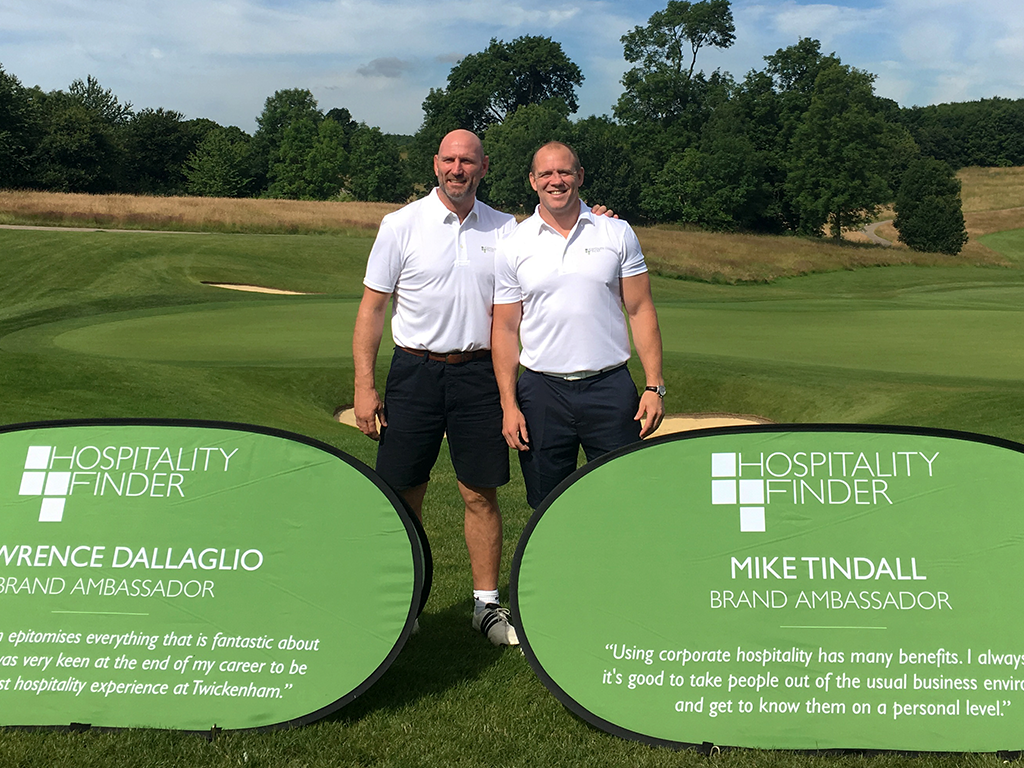 Located on the top floor of the parade ring viewing boxes and offering amazing views of the Parade Ring and across the Racecourse, The Green Room restaurant is Cheltenham’s premier hospitality facility. Providing a truly high end offering for guests of the Cheltenham Festival, wanting more than just the standard tickets and betting, The Green Room immerses you in a hugely interactive celebrity experience.

The Green Room is our exclusive hospitality suite hosted by Mark Durden-Smith, Lawrence Dallaglio and Mike Tindall, who provide expert analysis of the game throughout the day. They are joined by former and current rugby legends, previously including Will Greenwood, Austin Healey and Sir Clive Woodward.

Alongside our sporting celebrities, the draw of The Green Room experience attracts a number of other famous faces who come to enjoy the day with friends and family.

We are offering you the chance to join us inside The Green Room at one of the most prestigious motorsport events in the world – the F1 Monaco Grand Prix.

From the exuberant surroundings of our luxury yacht, you and your guests will experience the most glamorous Grand Prix on the racing calendar from the most sought after location in Monte Carlo. 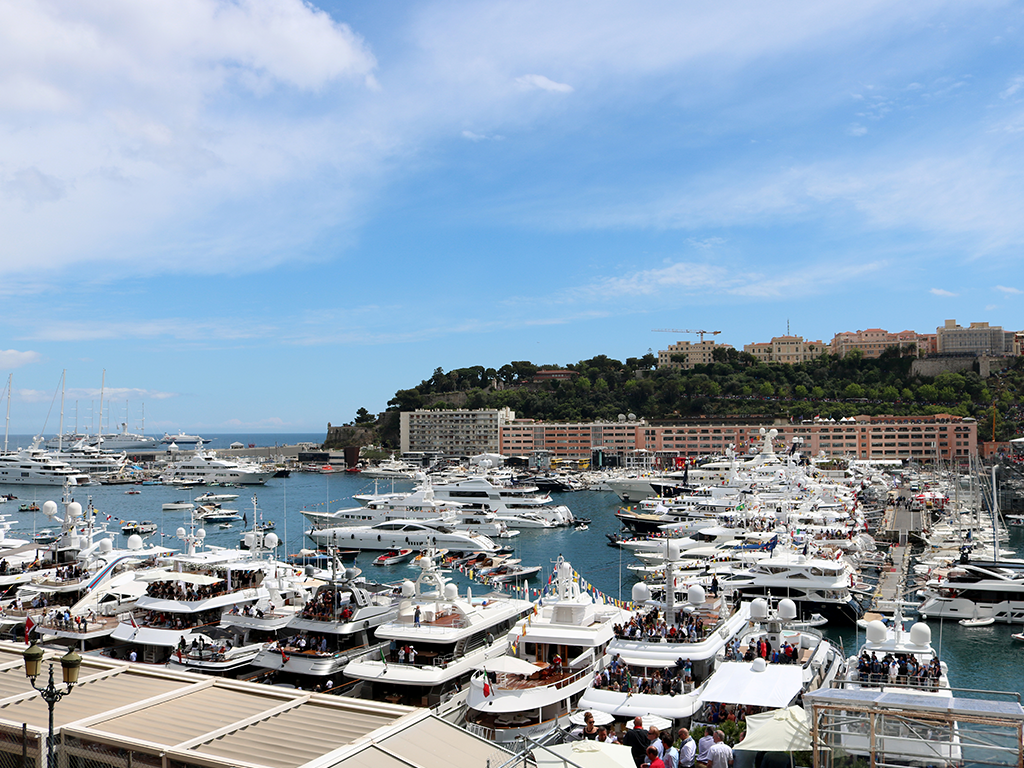